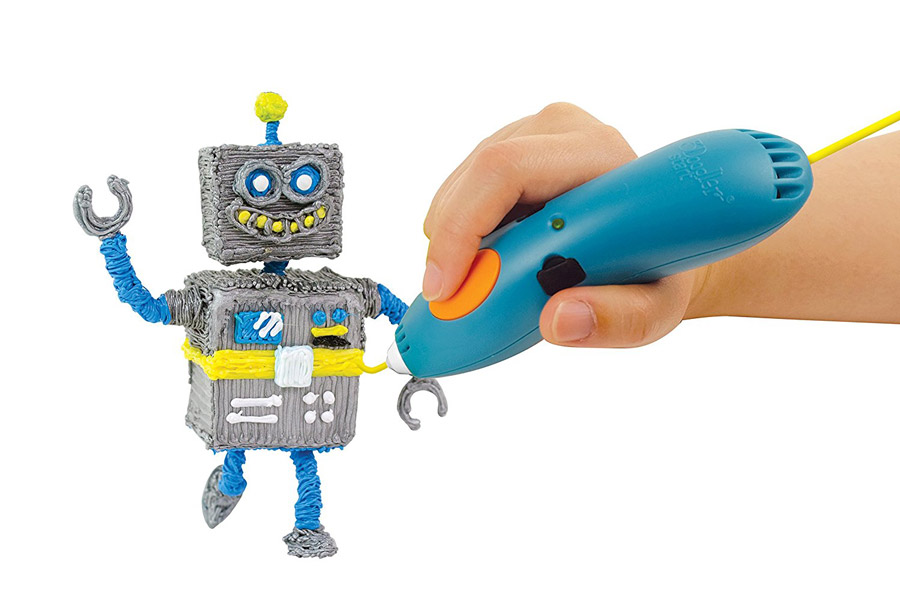 $60 Adult version 3D pen, with temp/speed control…the tip gets HOT so be careful! Powered by plug. Not cordless. But can be used with a power bank, for wireless use.

Unique Gifts 4 Guys – Draw in 3D! This pen takes in plastic filament (included), melts it, and it flows out the other end, allowing you to draw off the paper! Literally, draw in the air and create any object you can think of.

There are many different 3D pen styles and brands…these two I have used, and have had no issues with.